Skip to Content
By continuing to use this site, you agree to the use of cookies. Find out more
Home History

Being inspired by a 2007 visit to Arlington National Cemetery, in Virginia, USA, and Mr. McPhee was awestruck by the thousands of wreaths that were placed on the headstones.   Mr. McPhee discovered that Wreaths Across America was responsible for this endeavour, and this inspired him to do the same for the men and women of the Canadian Armed Forces, that lie in military cemeteries and plots across Canada.

On December 12, 2009, the first WREATHS ACROSS CANADA Service of Remembrance was held at Mount Pleasant Cemetery, in St. John’s, Newfoundland and Labrador.  On that historic day, 800 wreaths were placed upon the headstones of our fallen heroes.

On December 4, 2011, the inaugural WREATHS ACROSS CANADA National Service of Remembrance was held at the National Military Cemetery (NMC) located in Beechwood Cemetery, Ottawa.  This national event was presided over by General Walter Natynczyk, (then) Chief of the Defense Staff (CDS) for the Canadian Armed Forces.  Over 1,500 people that attended the service placed over 2,800 wreaths on the headstones.  The National Services of Remembrance have been held at the NMC each year since then.

In December 2014, WREATHS ACROSS CANADA reached out to Winnipeg, Manitoba.  For the first time in Manitoba’s history, a balsam wreath laying service was held at the Brookside Cemetery Field of Honour.  In December 2015, WREATHS ACROSS CANADA launched a new branch at Notre Dame Cemetery, in Vanier, Ontario. For the following several years, Wreaths Across Canada held successful events at the National Military Cemetery. In 2017-2018, with illness striking the board, the event had to be cancelled for consecutive years.

In 2021, Wreaths Across Canada elected a new board with plans to rebuild the not-for-profit and refocus on the National Ceremony at the National Military Cemetery at Beechwood. The board will be working on a 2021 event, as well as a new strategic plan and outreach strategy to build the program nationally.

Join us on the first Sunday of December, when Wreaths Across Canada will conduct a wreath laying ceremony at the National Military Cemetery at Beechwood Cemetery in Ottawa. Members of the public are invited to lay a wreath for a fallen member of our military. Wreaths are provided by Wreaths Across Canada through the generous donations of Canadians and Canadian Companies. 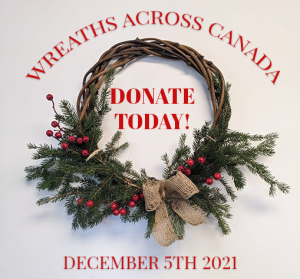 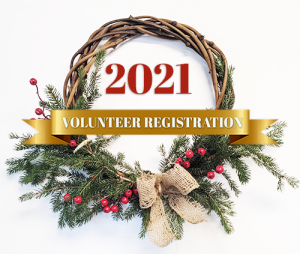 Have you previously done volunteer work for this organization?
Are you a highschool student needing volunteer hours?